West Brom target Kyle Dempsey looks set to stay at Fleetwood Town ahead of the new campaign, according to Bristol Sport.

The young midfielder’s current contract runs until 2020 and it is understood that the club have no plans to sell him and will withstand any offers made.

New Baggies boss Darren Moore is keen get business underway as he looks to strengthen his squad ahead of the new Championship season.

Daily Mail reported that Dempsey is high on the list of West Brom’s transfer targets this summer, with Moore wanting to make him his first signing.

The Baggies will have to fend off other tough competition if they are to persuade Dempsey into a move to the Midlands. 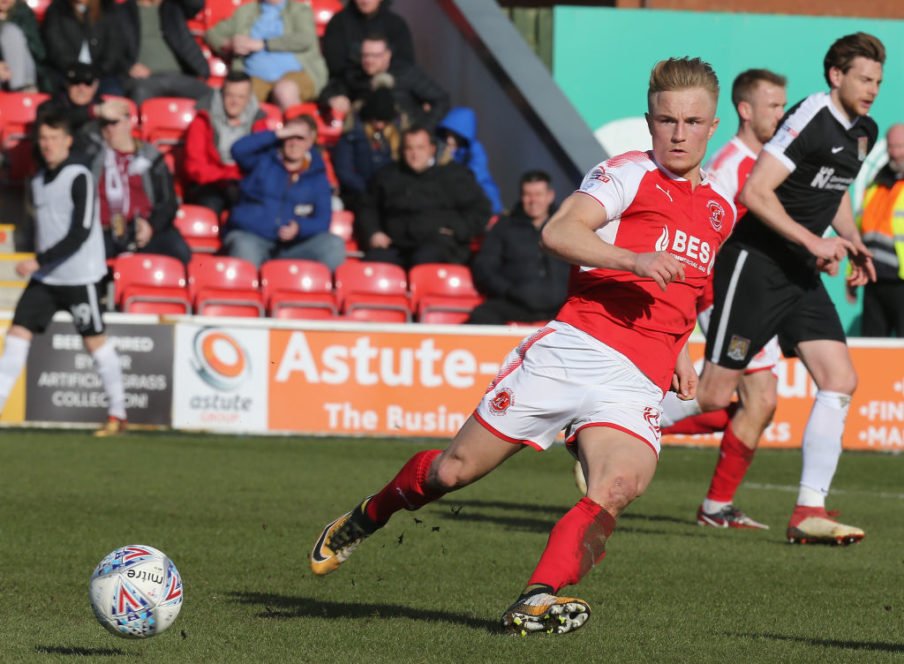 Wigan and Bristol City are also reportedly chasing the creative midfielder, who has contributed a goal and five assists in 51 appearances for Fleetwood.

Fleetwood manager John Sheridan highly rates the midfielder and has praises his performances.

“Kyle should be scoring seven, eight goals a season with what he has got in his game.

I’ve given him that licence to get forward a little bit more and I’m very pleased his performance merited a goal.”

Bristol Sport say sources at Fleetwood have dismissed all reports of a summer move for Dempsey.