Following two back-to-back wins fortunes are suddenly turning for the previously winless West Brom U23s as the side beat Liverpool in the Premier League Cup.

One of the individuals that has shone during that time is 18-year-old Rekeem Harper, who has impressed in the heart of the Baggies midfield.

The box-to-box midfielder, who seems to have boundless energy has gained fame with hardcore Baggies fans who have labelled him ‘the next Naby Keita or N’Golo Kante’. 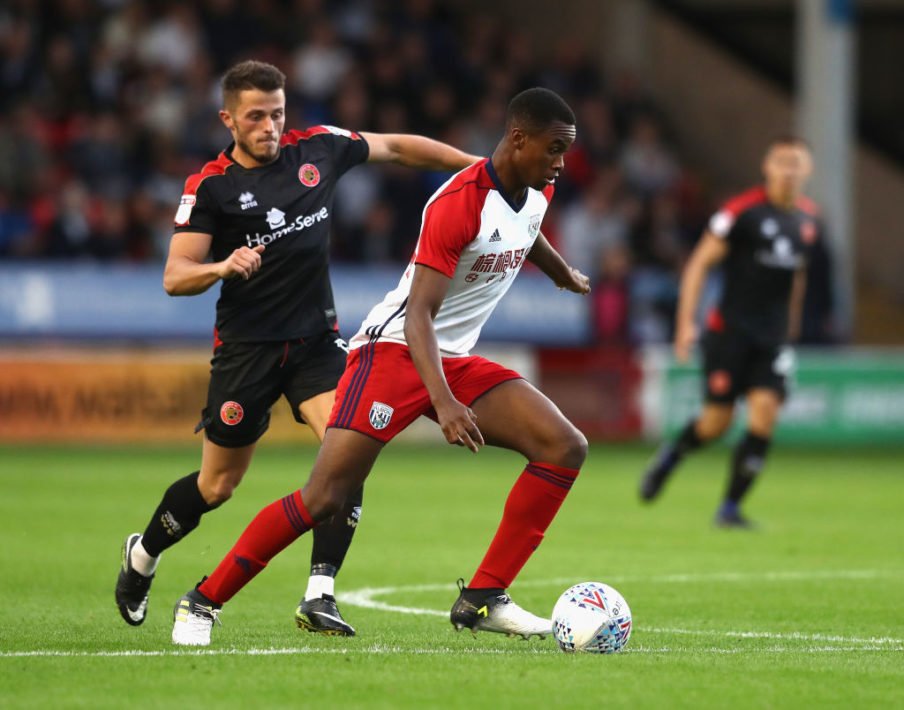 Despite only being 18 years of age, the Baggies man spent the first half of the 2017/18 season out on loan at Blackburn Rovers.

While only making four appearances and his most notable contribution coming in the form of a red card against Crewe Alexandra, ultimately the loan seemed to have a positive impact on the youngster.

Against Stoke City, where the youth team ended a nine-month winless run, the midfielder was key in West Brom’s second of the night.

The imposing midfielder won the ball deep in his own half before passing to his team mate, he would then go on to make a 70-yard run into the box before preceding to double the Baggies’ advantage.

While it was “the flying Scotsman” Oliver Burke and former Bristol City loanee Jordan Leko who stole the headlines Baggies fans should be more excited for the arrival of Harper.

Previously the Birmingham-born dynamo has not been a goal threat but more of a brute in midfield. Yet after scoring two goals in three games, times may be changing for the Englishman.

In regards to his chances of breaking into the first-team squad, it is still early days for the youngster. However, with Darren Moore now in the driving seat at West Brom, there are chances for the young players at the club, with his three appearances in the League Cup this season a testament to that.