Chinese Super League side Dalian Yifang are set to complete the signing of Salomon Rondon, according to Football Insider.

West Ham and Newcastle had both been linked with the Venezuela international this summer but it looks like he is set to play in China. 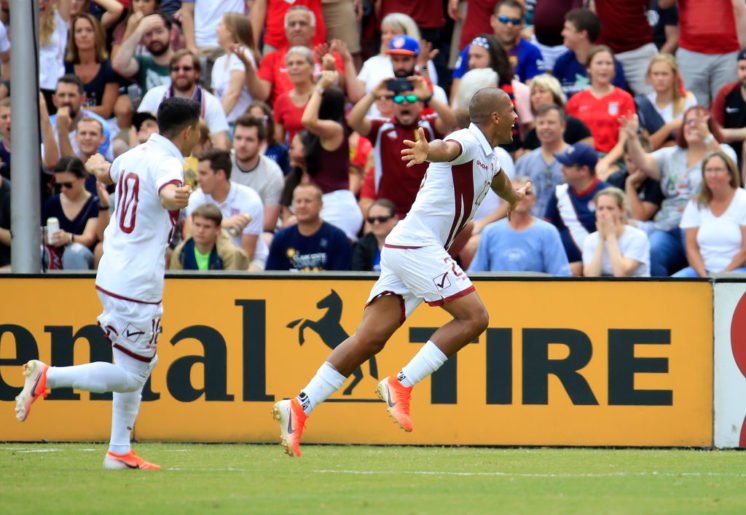 The move will see the striker reunite with Rafa Benitez, who has taken charge of the Super League club. Rondon was on loan at Newcastle last season, where he and Benitez helped steer the Magpies to Premier League safety.

Had Benitez stayed at Newcastle, he would have looked to sign Rondon on a permanent deal and despite changing clubs, his desire to have the Venezuelan as part of his squad did not change and it looks like West Brom will be the beneficiaries, getting the full amount of Rondon’s release clause as he exits the club.

As reported earlier, Burnley have also agreed to pay the release clause of Jay Rodriguez, so West Brom should be set for a cash injection of over £26m.