West Brom have been linked with a move for Sheffield United striker David McGoldrick recently.

According to Football Insider, the Baggies are planning to financially ‘blow’ Championship rivals Leeds United out of the race for the 32-year-old.

McGoldrick has just 18 months left on his current Blades deal, with the recent report claiming that both Slaven Bilic and Marcelo Bielsa have been told that the forward could leave Bramall Lane this month.

The latest links, as expected, quickly surfaced on social media, but when @WBAReport shared the news on Twitter, these West Brom fans were quick to share their concern over a possible move.

Twitter: @WBAReport True but can’t hit a barn door with a banjo in the Premiership – all depends if we are looking short or… https://t.co/5IWVZycAW3 (@paulgarbutt1960)

Twitter: @WBAReport This is a joke yeah. 75 goals in 318 for a striker is not an impressive record

It’s clear to see that some Baggies supporters wouldn’t be jumping for joy if McGoldrick made the move to the Midlands.

However, we can see why West Brom could be keen on securing the experienced striker’s services.

Statistically, a move seems to us, to make perfect sense. McGoldrick was involved in 19 goals for the Blades last season, scoring 15 and providing four assists, via Whoscored.com.

He also averaged 2.9 aerial duels won per game under the guidance of Chris Wilder, with an average rating of 7.09 from the 2018/19 season, as per Whoscored.com.

The stats show that he’s had some personal recent success in the second tier, and we think his experience of getting into the Premier League could be vital to Bilic.

It looks as if McGoldrick is edging towards the latter stages of his career at 32, but we feel he can’t be that bad if Wilder’s decided to use him in 1,266 minutes of top-flight action this season!

Would you be happy if McGoldrick moved to The Hawthorns? 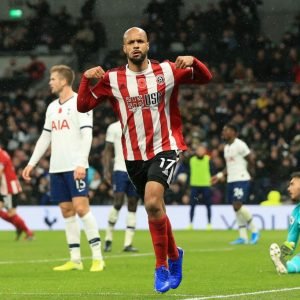 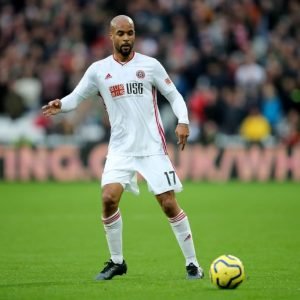