West Brom youngster Nathan Ferguson looks to have a number of Premier League clubs looking to secure his services, according to football.london.

The 19-year-old defender has impressed in his debut season for the Baggies and he is capable of playing anywhere across the backline.

Reports suggest that Crystal Palace are in the driving seat to sign Ferguson, whose contract expires at the end of the month, with Arsenal and Tottenham also interested.

Multiple teams from the Bundesliga are also keeping tabs on the defender, who is likely to available from July 1st.

The discussions we’ve had with his representatives since deadline day suggest that he will still leave us at the end of the season. We look at ourselves and we know the size of the contract we offered and the opportunity we’ve given him on the pitch so we’ve done everything we can.

The young full-back looked set to join Palace back in January, but a knee injury halted proceedings, and the interest of Spurs and Arsenal means that Ferguson’s next destination is currently unclear.

The England U-20 international has impressed ever since Slaven Bilic handed him his debut at the beginning of the campaign. 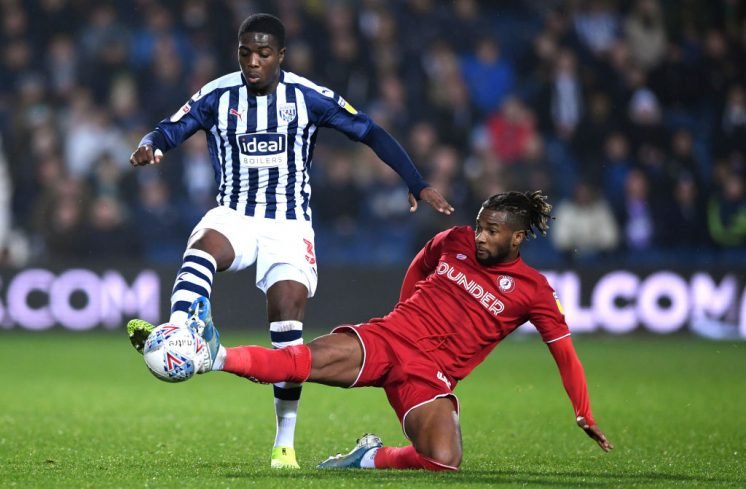 The situation with players’ contracts expiring at the end of this month is affecting a lot of clubs currently and West Brom are no exception.

Ferguson is unlikely to play for the club again and joining Palace could be beneficial for his development.

Palace possesses a very strong defence at the moment, but also quite an old one.

Ferguson would have the opportunity for top-flight game time at The Eagles, but that could also be the case with West Brom if they were to secure promotion this season.